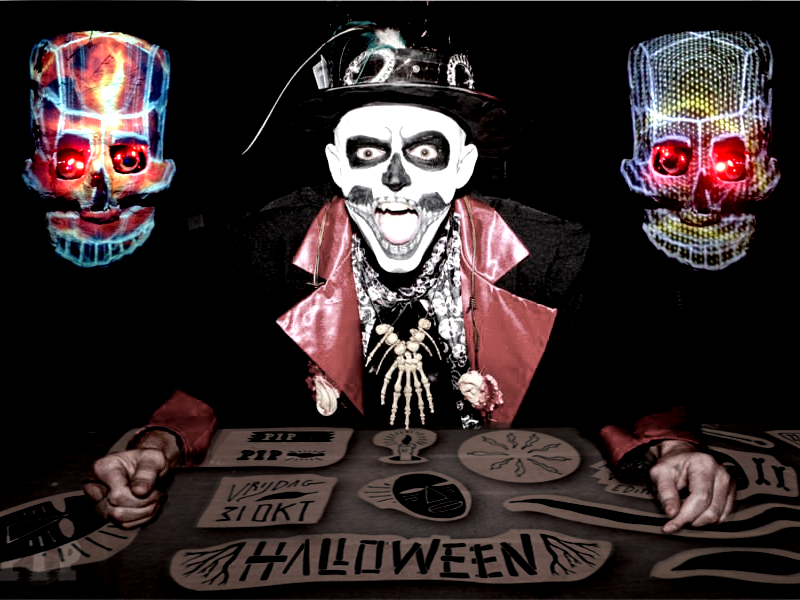 "MAN IS LEAST HIMSELF WHEN HE TALKS IN HIS OWN PERSON. GIVE HIME A MASK AND HE WILL TELL YOU THE TRUTH" - Oscar Wilde

Footage of preparations for Halloween 2014 at PIP Den Haag (The Hague). Two 2 meter high gypsum skulls besides a DJ-booth with mirror balls as eyes reflecting laser light. Video mapping on the skulls was done with Millumin. Projection content mostly consisted of shaders made in Quartz Composer, controlled and triggered in CoGe.

"Collect some goats and stare into the pitch-black residue of freshly roasted coffee, cracking the legs of freshly killed cock while the fire crackles in the background. Scratch the eyes out of a porcelain doll and pour some rat blood on your little brother because HALLOWEEN at PIP is coming again. This year's theme is' African Voodoo "but if you have inspiration for a suit, we will condone, bloodily.